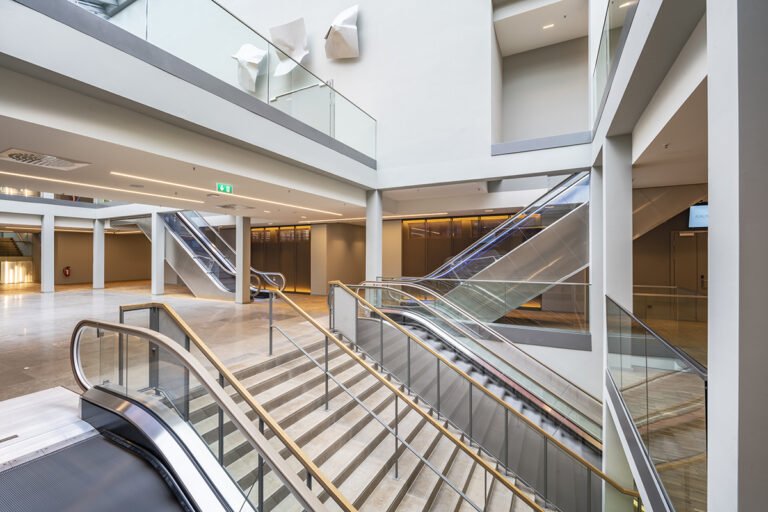 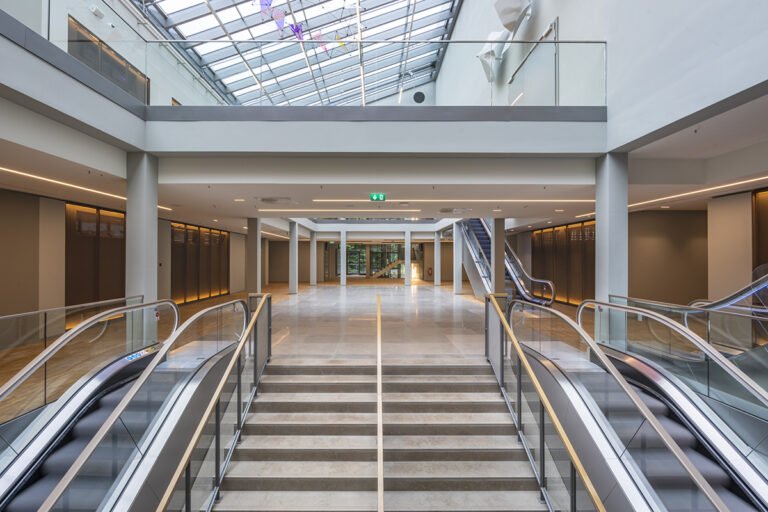 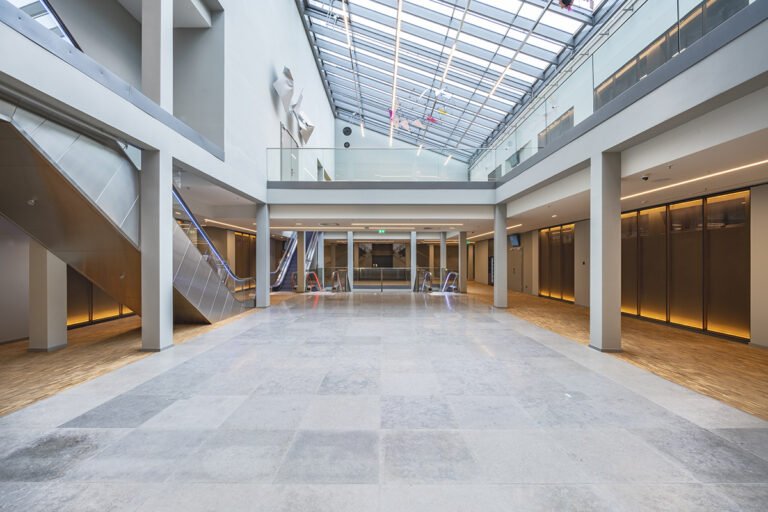 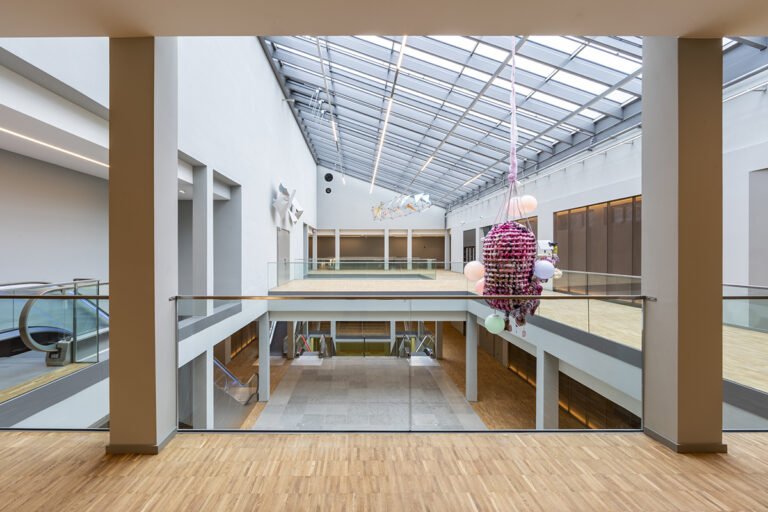 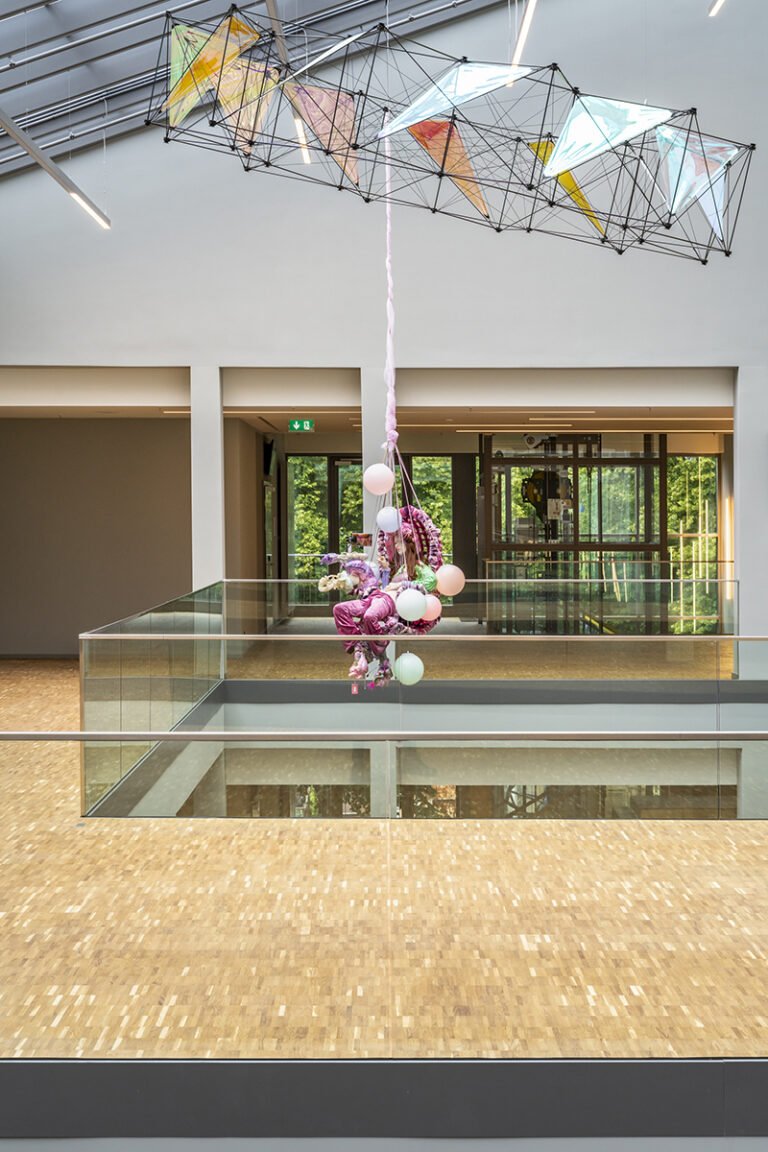 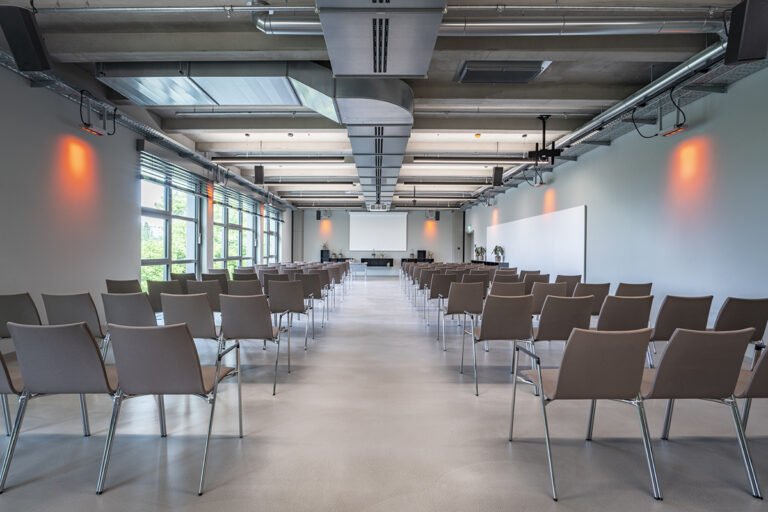 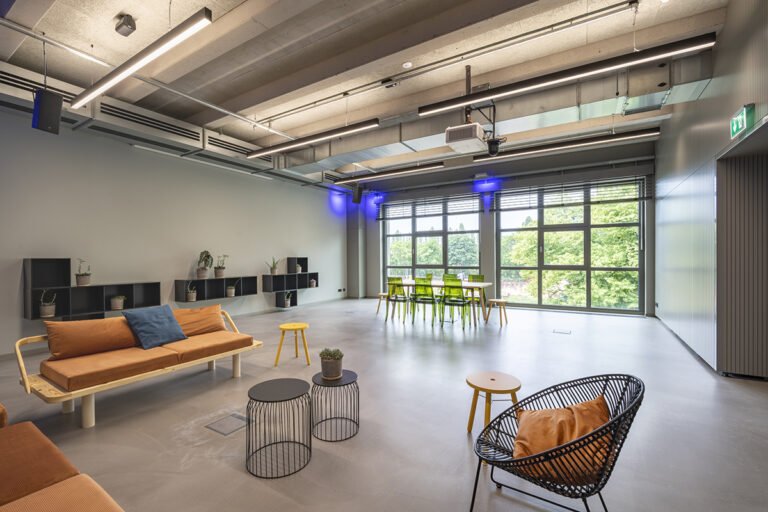 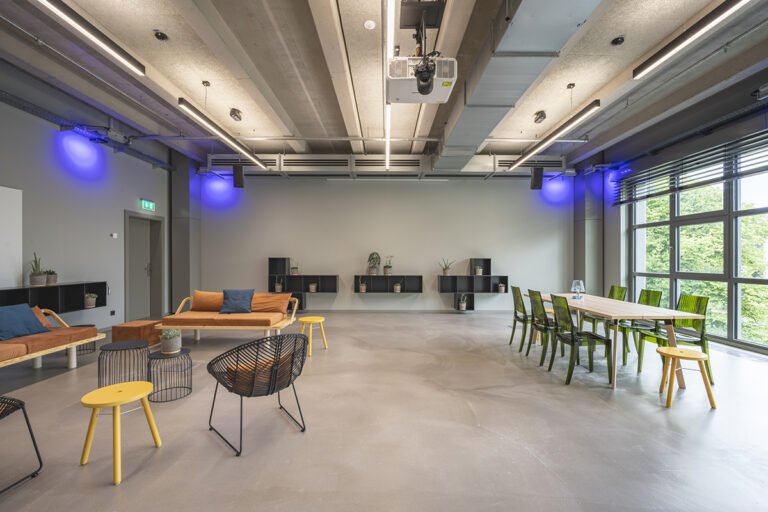 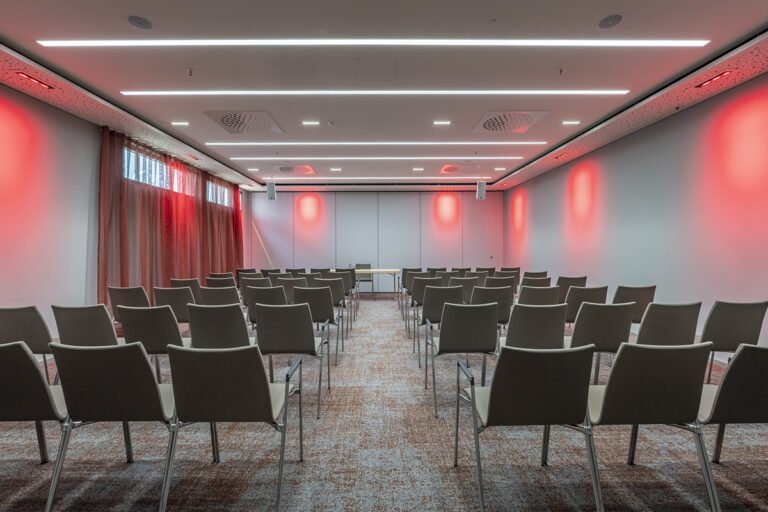 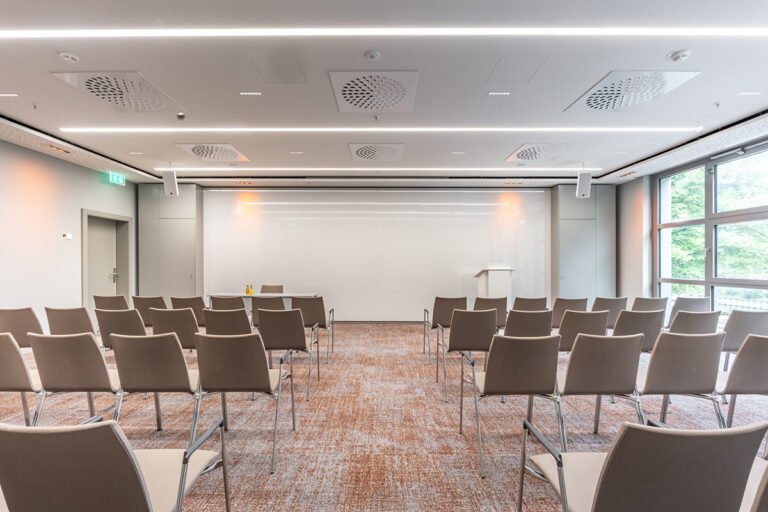 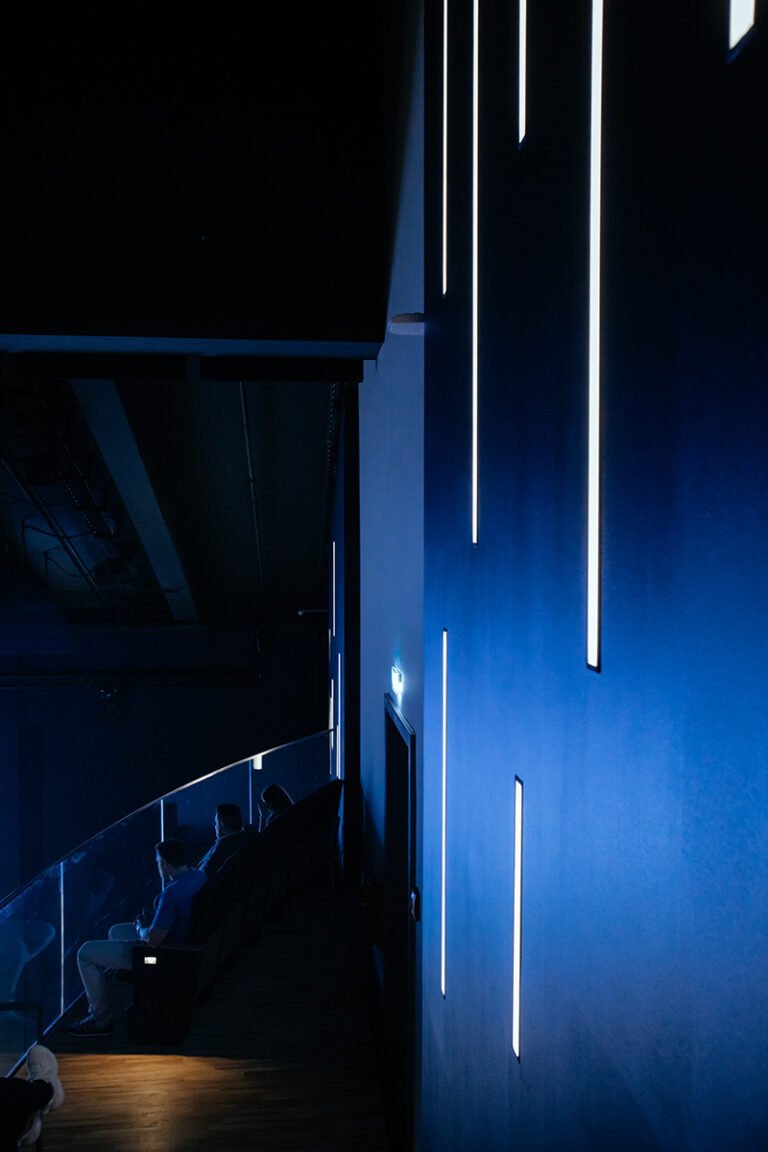 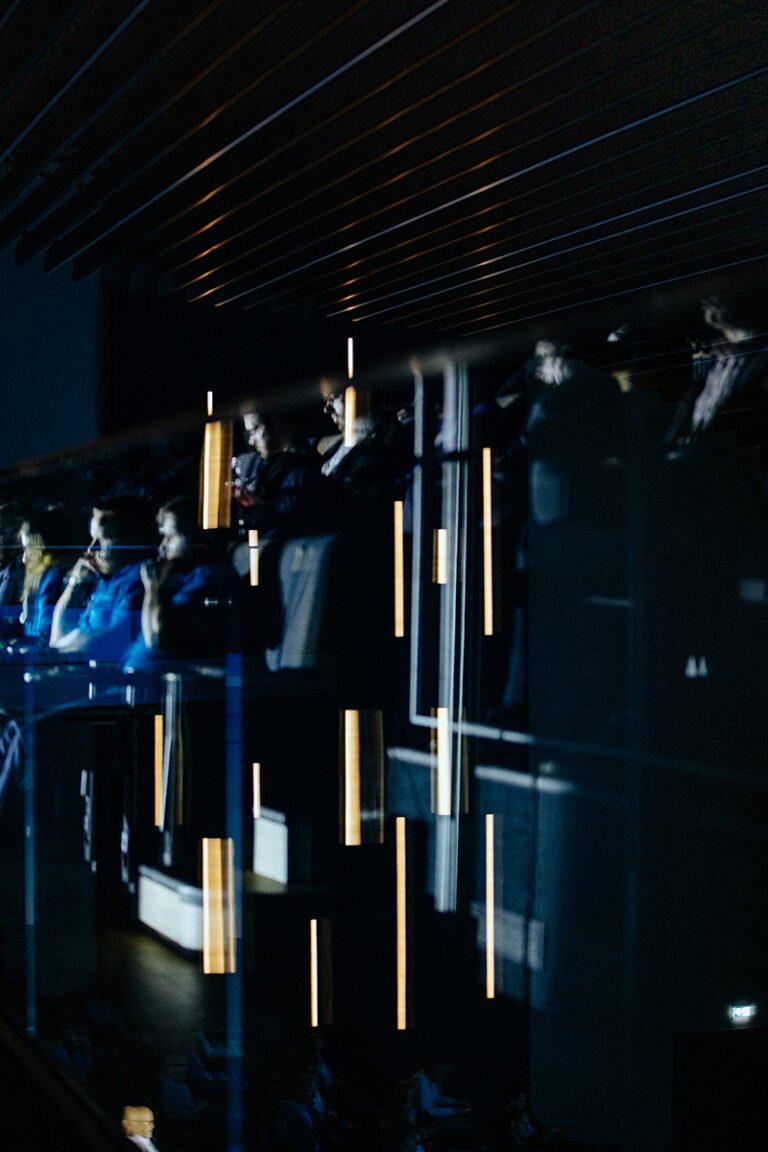 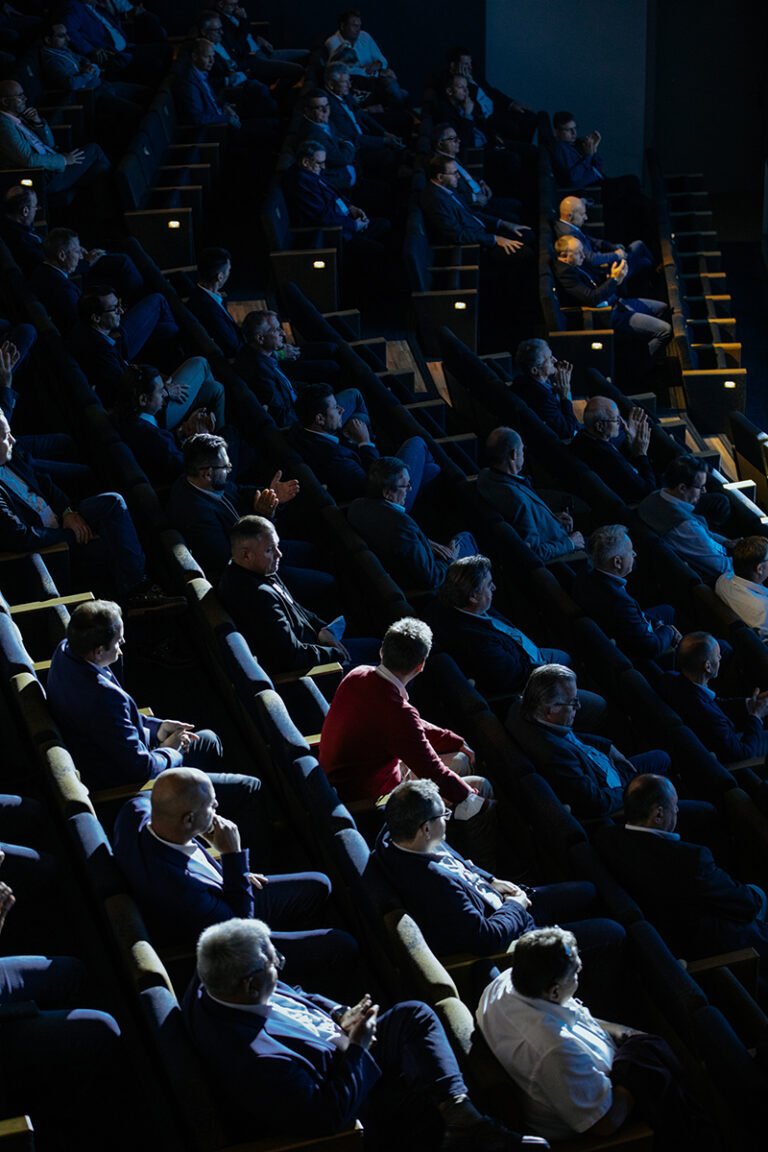 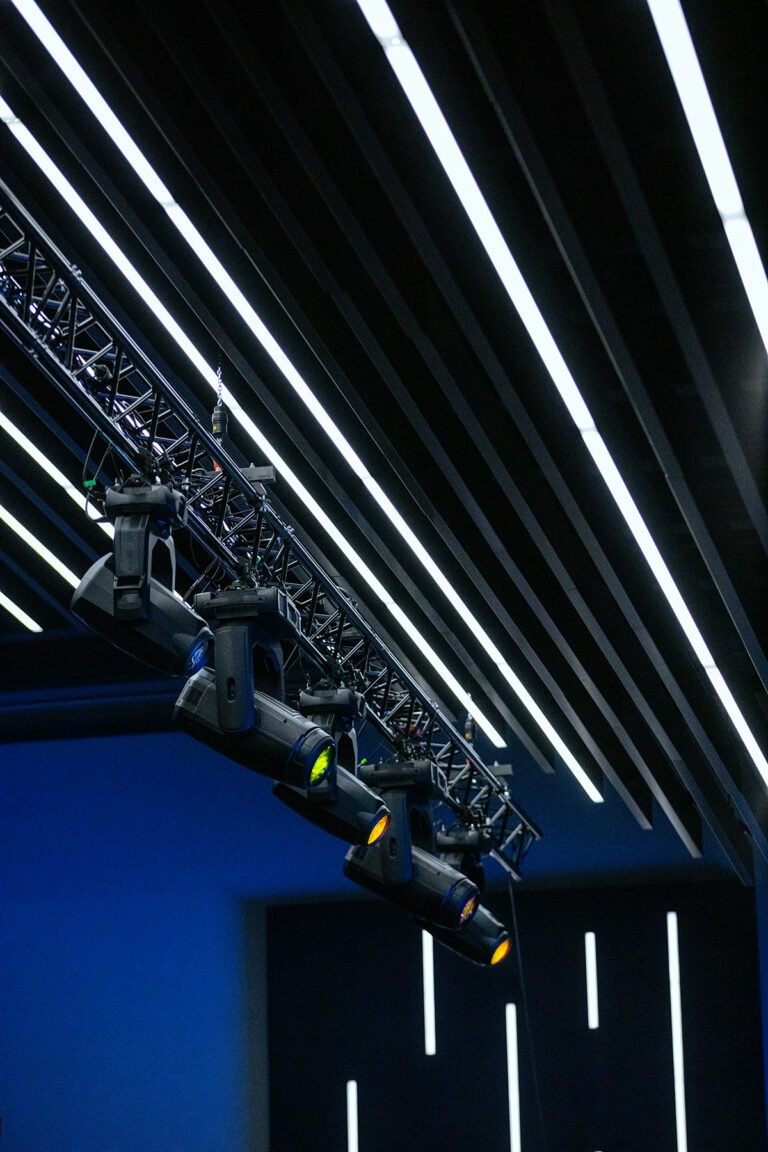 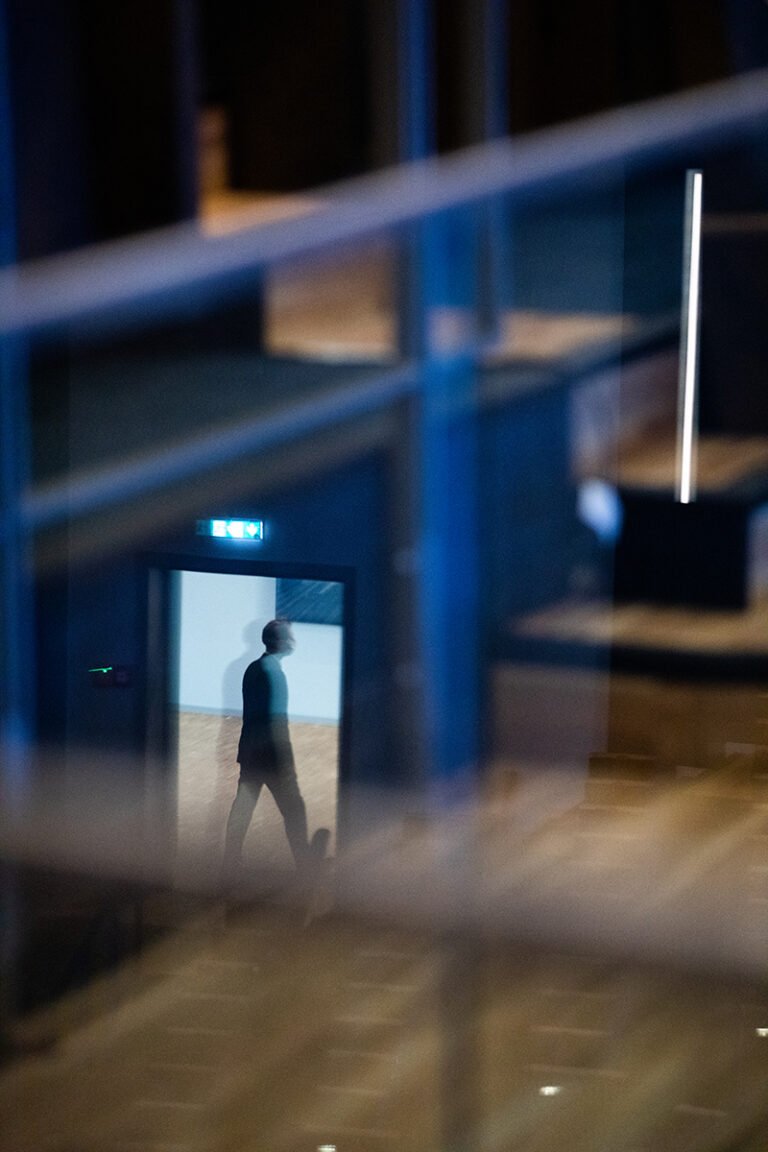 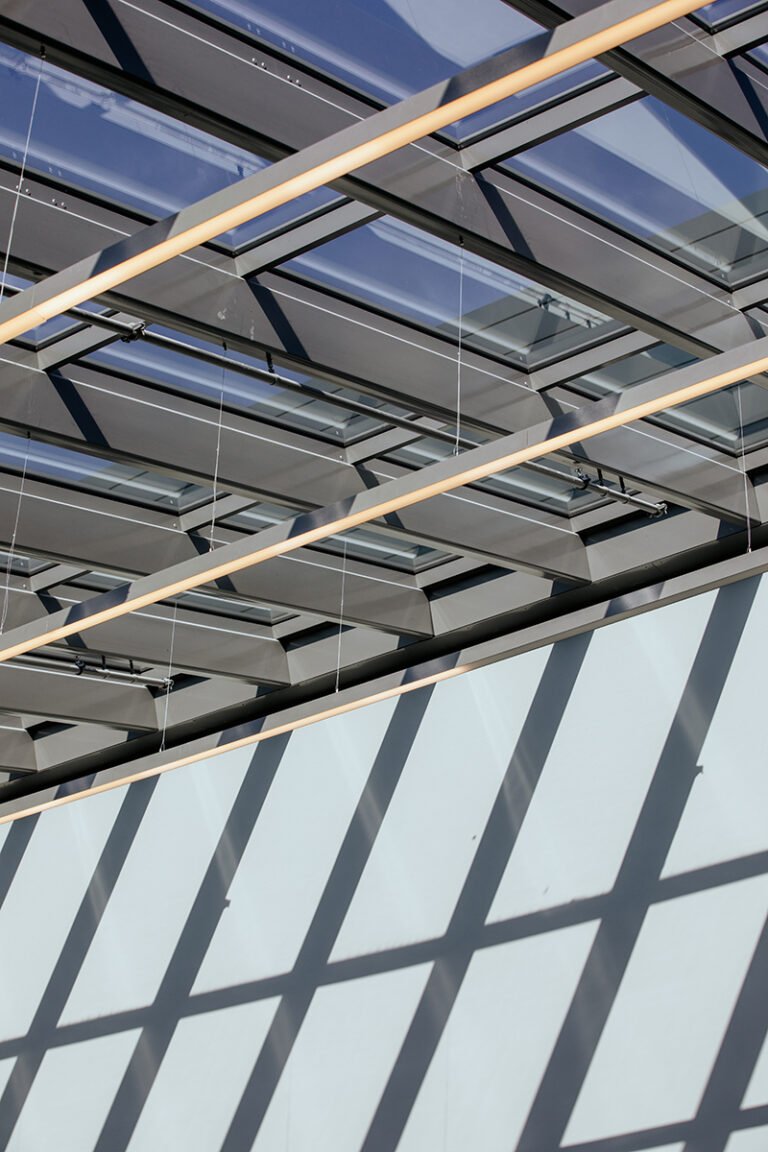 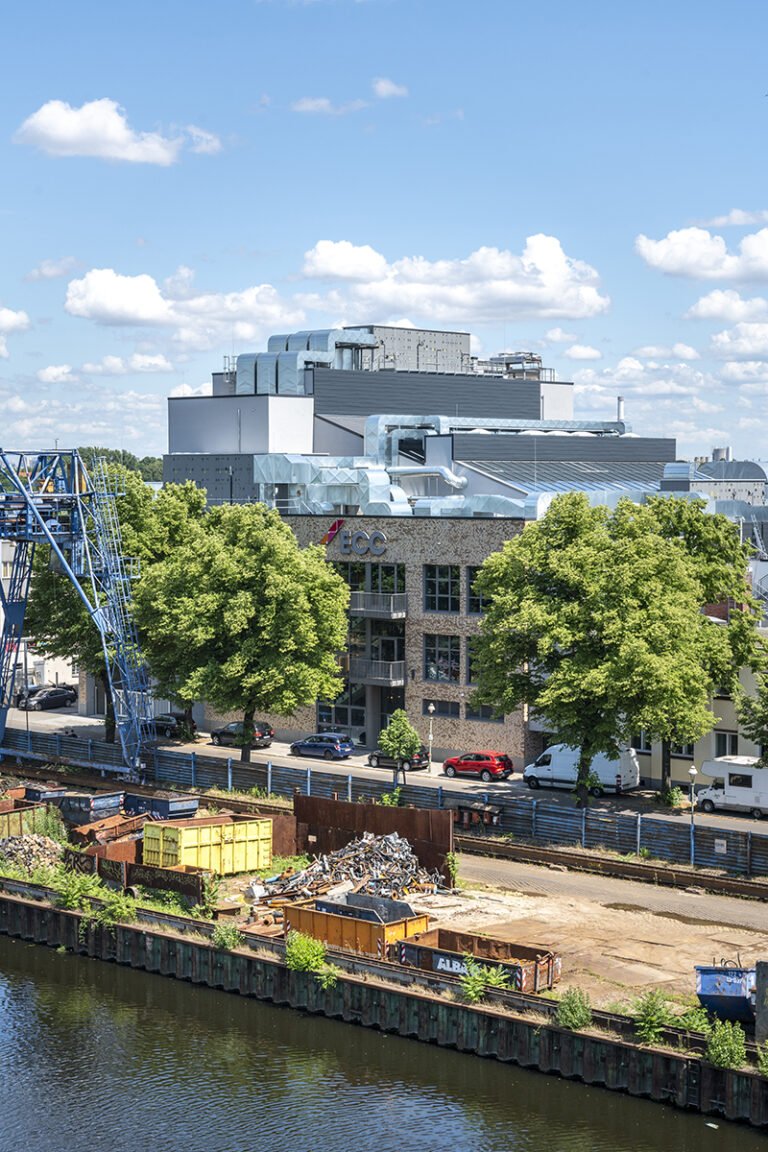 The Estrel Congress Center in Berlin is the largest congress centre in the German capital. As part of the expansion to include a hypermodern auditorium, brandherm + krumrey created the interior design for the new two-storey building. A differentiated colour and spatial concept was developed for the event areas featuring state-of-the-art technical equipment. The focus of the clean design is the unique experience of the events held there.

The new building optimises the existing congress centre by providing 5,000 square metres of additional event space. The auditorium for almost 800 people and ten event rooms are distributed over the two floors that are connected by escalators and open foyers. For ensure an enhanced atmosphere and good orientation, the individual areas differ in colour. The central auditorium, for example, is designed in festive blue, while the meeting rooms are accentuated with an earthy red shade. The foyers, on the other hand, are dominated by a grey sandstone hue, which also forms the background for several modern works of art, which act as eye-catchers in this area. When developing the interior design, the functional and technical requirements for event operations were a particular challenge. Equipped with streaming encoders and remote cameras, among other things, all rooms can be used in a hybrid fashion and networked with each other. The auditorium also boasts ascending rows of seats, specially designed acoustic walls and a 48-square-metre LED wall. With deliberate restraint, the interior design focuses on what happens on stage. Unobtrusive colours and materials give the rooms a modern look, while simultaneously creating a relaxed ambience for events. Here, the haptic effect of the surfaces plays a decisive role: materials such as wood, natural stone and brass convey a spatial effect that is both clean and calm. Highlights are provided by the advanced lighting technology, which can be used to emphasise individual areas or to provide ambient lighting full of atmosphere. The auditorium also impressed Berlin’s Governing Mayor. At the opening, he spoke of the new building as an “important project for Berlin as an internationally networked metropolis and as a location for trade fairs, congresses and events”.